All Collections
Tips to Run a Great Alpha
What are the differences between all the materials?

What are the differences between all the materials?

Written by Lily-Mae
Updated over a week ago

Alpha Film Series (11-12 weeks): The AFS is our most current video series for adults. It includes interviews with scientists, athletes, musicians, and other world-famous leaders. Two new hosts, Toby Flint and Gemma Hunt, join Nicky Gumbel to unpack the basics of the Christian faith with updated stories and graphics.

Alpha Youth Series (9-10 weeks): The AYS is designed for teens 13-18 years old. It is hosted by Ben and Jason and 3 new hosts. This 2017 series features interviews, testimonies and insight from people all around the world. Fresh dynamic visuals and motion graphics bring the series to life! It’s great for youth groups and easy for students to run an Alpha for their friends.

Alpha Youth Film Series (9-10 weeks): The AYFS (2013) is the older set of videos for teens but it is still used for Alphas in other languages (eg. Arabic, Chinese, Japanese with subtitles). For info about the French AFS (Series Alpha Jeunes), please visit the SAJ page.

Alpha with Nicky Gumbel Series (11-12 weeks): The ANG series (2015) is a speaker-style format with Nicky Gumbel in front of a live audience. He presents the same topics as the other series but uses his own personal stories as well as humorous experiences and Biblical relevancy. The videos are approximately 30 minutes each and were filmed at Holy Trinity Brompton, where Alpha first began. This series is popular with seniors.

You can also browse through the videos on the Resources page. 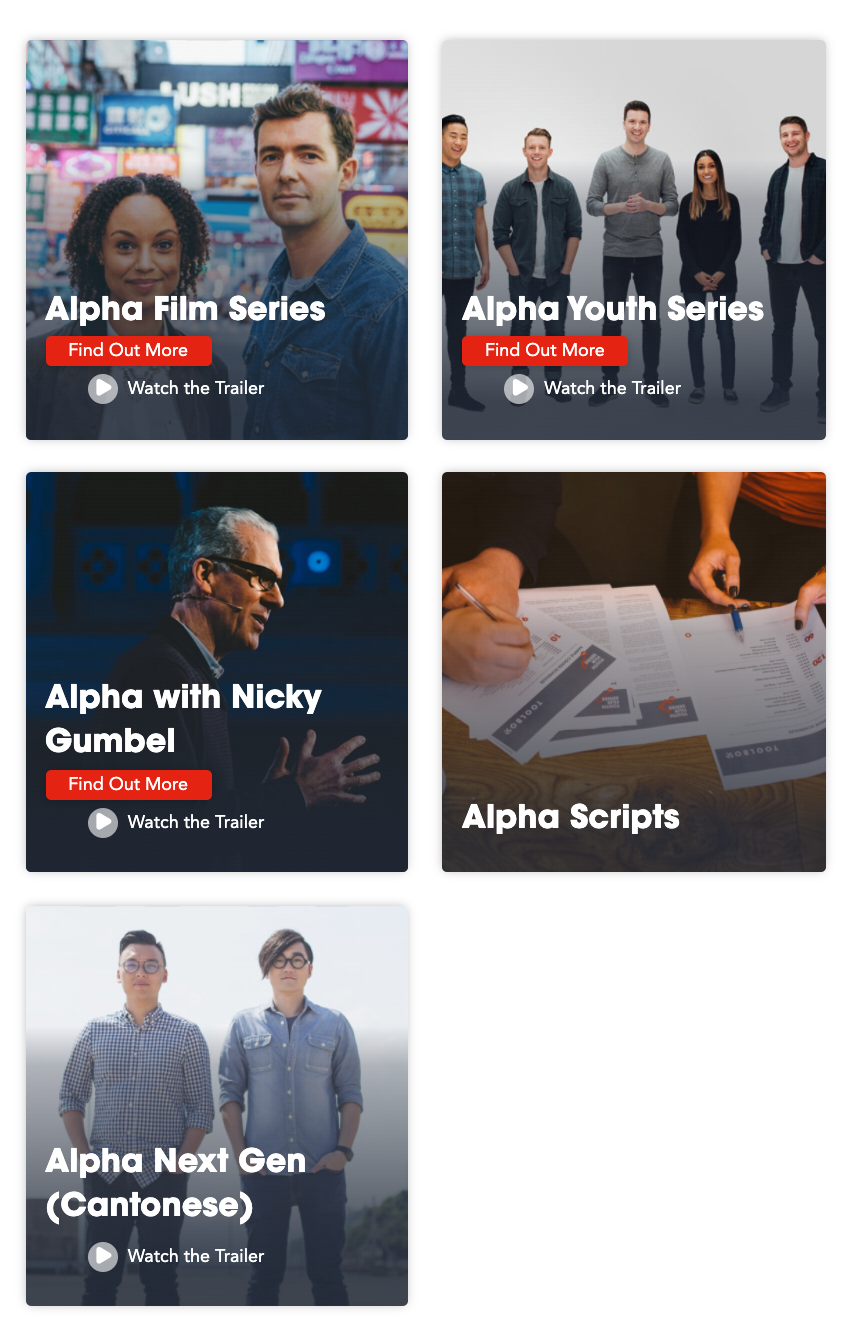 What are the steps to get started? (create an Alpha)

Did this answer your question?